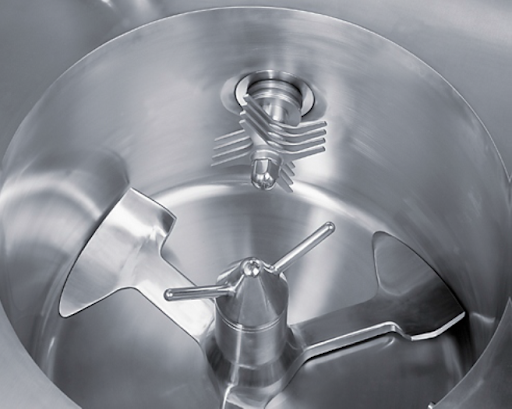 There are various applications of Rapid Mixer Granulator. Like most drug types of gear, this machine assumes a significant function in this industry. Its principal intention is blending, pulverizing, humidifying, homogenizing, and serving drug materials. Besides, you can utilize this gear to blend both dry and wet powders. It can blend powders in a wide scope of working conditions, for example, working without shifting weight zones. A high shear granulation is an ideal decision for exceptionally strong material. Ordinarily, a low shear blender granulator machine can’t deal with such materials since they have a high measure of the hydrophilic polymer. Rapid Mixer Granulators (RMG) are utilized for tablet fabricating measure which requires homogenous blending, controlled granule size and simultaneously guaranteeing extraordinary decrease in preparing time. In pharmaceutical processing, rapid mixer granulators are commonly used devices. It is used before compression to blend the medicinal ingredients to render the granules and is often called a high-shear mixer. In the rapid mixer granulator, the impellers and the chopper are primarily responsible for wet granulation.

A high shear blender has drawbacks or disadvantages too. It might cause the debasement of powder, particularly for delicate or thermolabile powders. Over-wetting may cause the creation of huge protuberances. It creates less compressible granules. It possesses a tight scope of activity conditions. Fundamentally, this clarifies all the imperative parts of a high shear blender.

Hence, you can see that a sealed jar with a variety of mixing machinery that processes the powder is an elevated shear mixer granulator, either from below, above, or sideways. A circular and compact granule is the result/output of this operation.

INNOVATIONS IN BUTTERFLY VALVE BY PROMAS