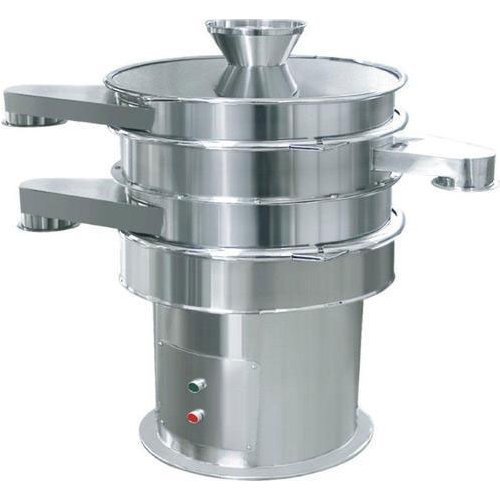 The Vibro Sifter machine is also widely known as Vibro Sifter, Vibrating Screen, Powder Sieving Machine, Lab Vibro Sifter, and Pharmaceutical Sifter, and the machine is used for screening, grading for a solid-liquid solution, and the process to separate the desired and undesired elements from the combination of the solids that are generally having the different properties and also for solid to liquid material. The Vibro Sifter used in many industries like Pharmaceutical, Cosmetics, rubber compounds, plastics, paints, minerals, metals, chemicals, detergents, powders, pesticides, and fertilizers.

A typical Vibro sifter is having a circular gyratory screen that separates the mass composition of liquids and solids on the basis of their size and grades. The machine especially consists of design vibratory motors that generate vibration in three different planes along the vertical axis. The material is separated in the Vibro screening on the basis of the particular size. In the laboratory, it is an essential accessory for the gradation of material. The powder sieving machines usually come in many different combinations with designs and capabilities and they have several applications and each one can be made custom for a specific application and commonly used in the food and pharmaceutical industry.

Features of the Vibro Sifter are:

Introduction and Working of Jet Mills